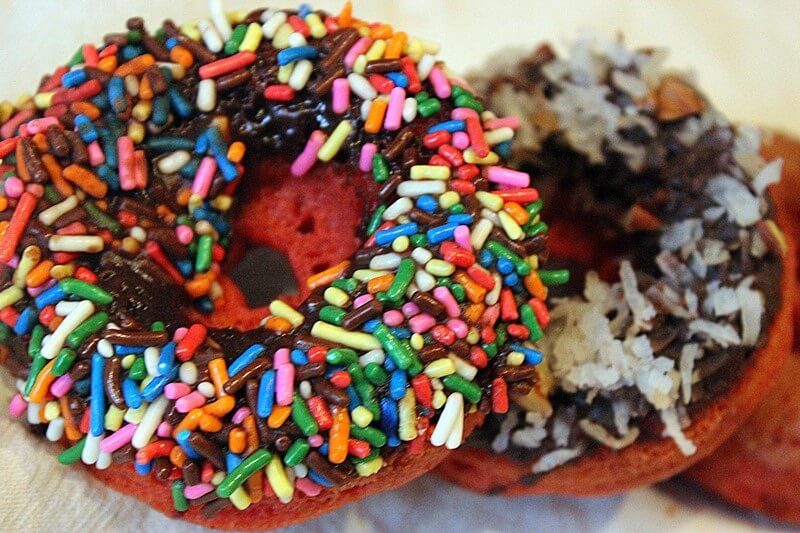 Mace accidentally bought me a donut pan when he used my Amazon account to order something for himself.  The donut pan was a splurge I'd been pondering buying and threw it in my cart.  Mace figured since it was in my cart, it was a sure deal.  Two days later I was the proud owner of this donut pan! 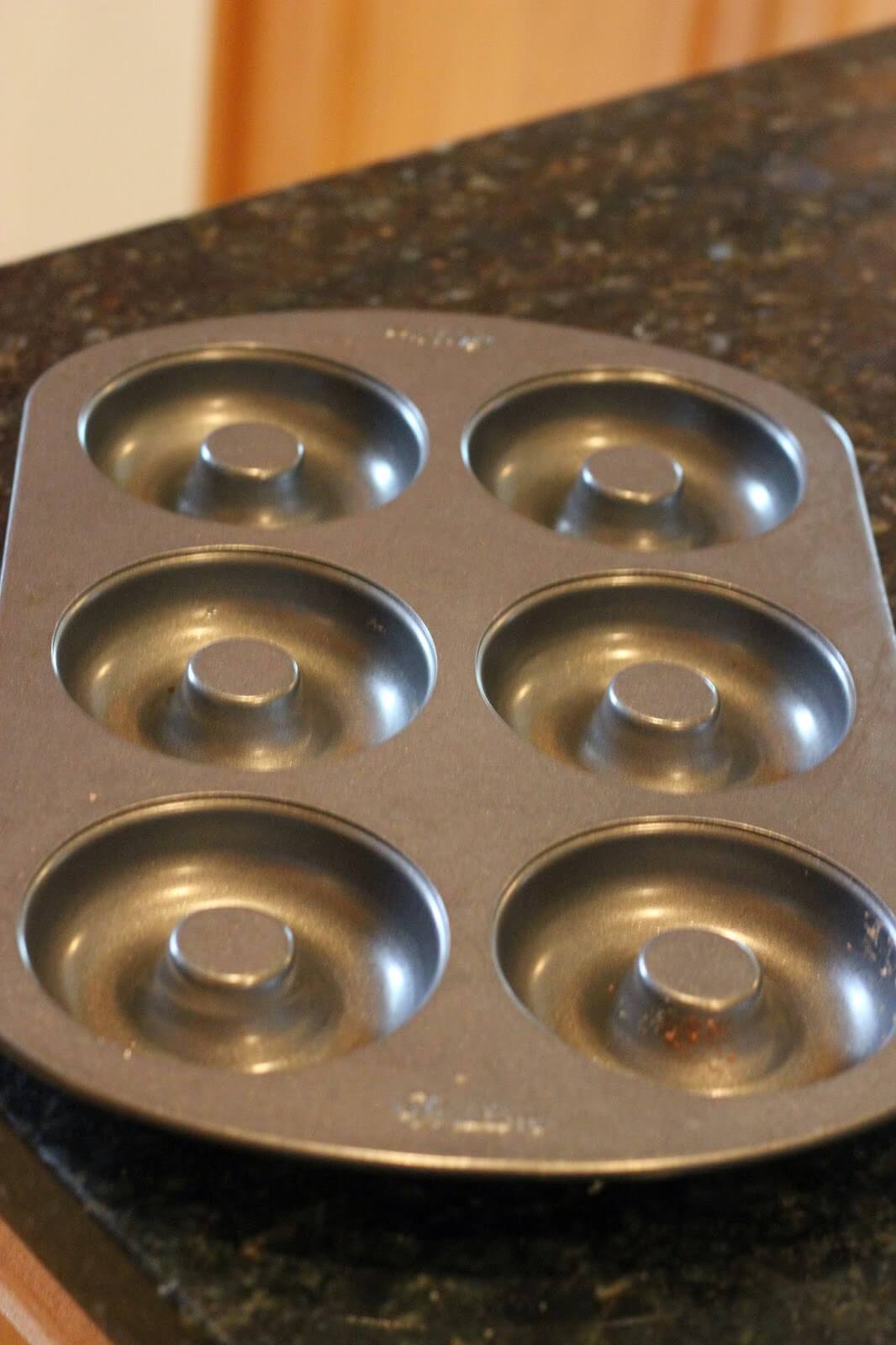 I originally found this recipe on Joy the Baker and fell in love with it.  I've tweaked it to include more brown butter (duh), the addition of cinnamon and given a few other topping suggestions.  The kinds of toppings you can put on these are truly endless...chocolate, white & almond glazes, nuts, sprinkles, cinnamon & sugar, and my personal favorite: chocolate glaze with toasted coconut and pecans.  My friend Hope, who has been maniacally making donuts as well, told me she stirred a little milk into some Nutella and dipped the donuts in it.  That will likely be my next favorite flavor.

Decorating the donuts is a super fun thing to do with young kids.  It has become a major activity in our house, especially when our friends with kids come to visit.  Just keep your eye on them so they're not licking their fingers after dipping every donut (like, ahem, Miss Anna always seems to do). 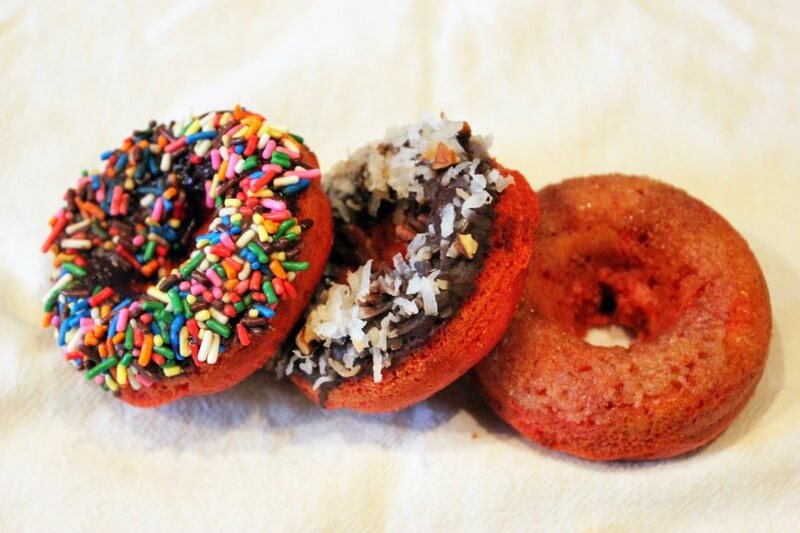 Preheat oven to 350F.  Grease a donut pan with oil or non-stick spray.

To make the donuts: In a medium saucepan, melt the butter on medium-high heat, swirling the pan continuously, until the butter is light brown and has a nutty fragrance.  Watch the butter carefully and remove from the heat as soon as it browns to avoid burning.  Set aside to cool slightly.

Add the wet ingredients all at once to the dry ingredients and fold in until mixed and no flour streaks remain.

Bake for 10-12 minutes, or until the donuts spring back when you touch them.  Set aside to cool in the pan while you make the glaze.

To make the glaze: stir 6 tablespoons of milk into the powdered sugar, and cocoa if using, and stir until all lumps are out of the glaze.  Add extracts at this point, if using,  Add more milk as necessary to have a thick but pourable glaze.

Topping the donuts: Once the donuts have cooled, pop them out of the pan by either using a fork or turning the pan over onto a cooling rack.  Put the cooling rack over a cookie sheet to catch the glaze drips and make for easier cleanup.   If using other toppings besides glaze, put them on a small plate.

Dip each donut into the glaze halfway, then pick up and dip into the topping of your choice.  Return to the cooling rack and repeat with the remaining donuts.  Then you should...